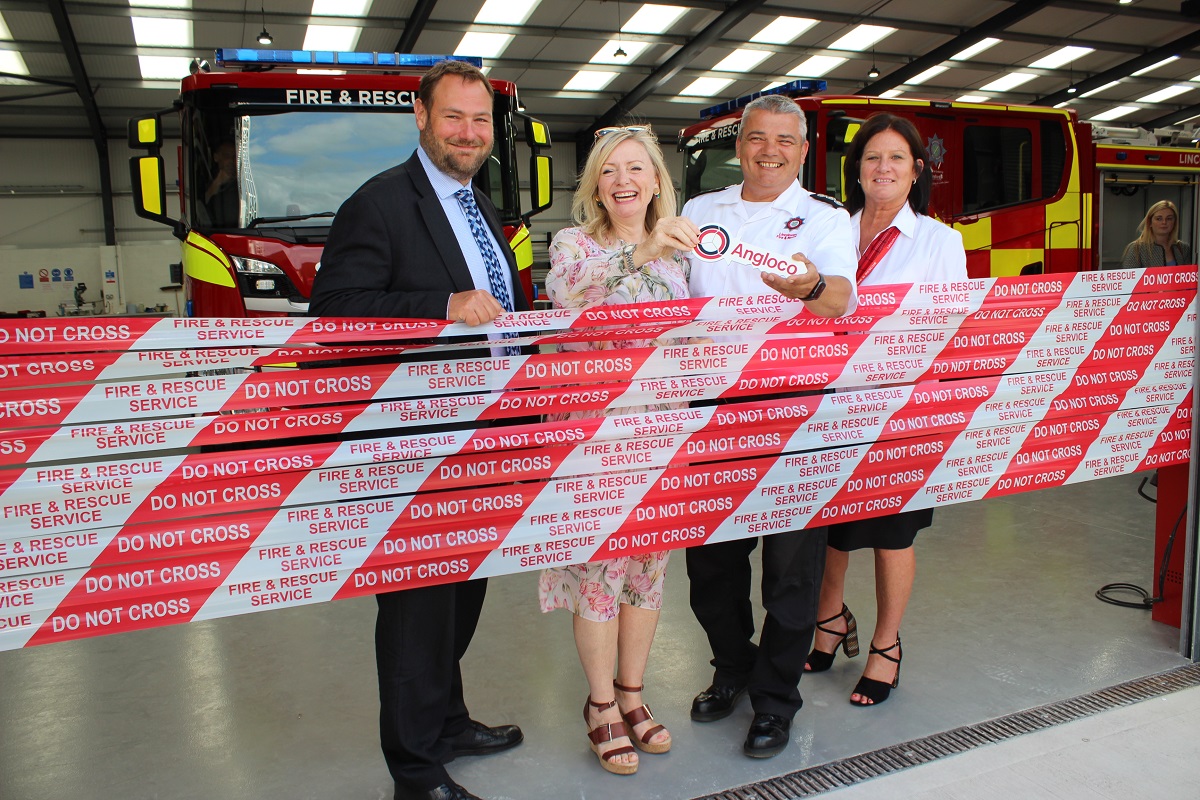 The 12,000 sq ft site on Alexandra Road, Batley, is now up and running, alongside Angloco’s 30,000 sq ft headquarters, meaning it can now turn out more than 100 fire engines per year.

And the business, currently employing 90 people, is searching for 15 new employees to join the team before the end of the year – with further recruitment planned in 2020 and beyond.

The new nine-bay unit will allow Angloco to fulfil increasing numbers of large orders such as its latest multi-vehicle contract with Lincolnshire Fire and Rescue, totalling 33 fire engines.

The first of Lincolnshire’s vehicles was ceremonially driven out of the factory doors at the opening, with Ms Brabin on board.

Alistair Brown, managing director at Angloco, said: “We only moved in to the new factory space in April and to have completed our first fire engine just a few months later is an amazing achievement.

“I can’t thank the production team enough for working so hard to make this happen. They have done a fantastic job getting the new space up and running, so we’re now looking to significantly boost the team to support our growth.”

“We’re looking for people who are skilled and eager to learn, to join our teams of auto electricians, coachbuilders, fabricators mechanical fitters and service engineers,” continued Alistair. “This is a great and exciting time for Angloco, and we are looking forward to welcoming some new, fresh talent to the business.”

Batley and Spen MP, Tracy Brabin, toured the works and met staff. She told the assembled team members: “It’s always a great experience visiting Angloco – I love coming here. The sense of family, as well as the level of skill in the team, is just fantastic.

“The expansion is amazing, and I’ll be talking about this success with the All-Party Parliamentary Group for fire services in Westminster. I’m super proud of what you do, and you’re a real credit to the Batley and Spen area.”

Angloco supplies all UK Fire and Rescue Services with vehicles and equipment, and has now exported to 70 overseas countries to date.